Starbucks expects to have more than 37,000 stores by 2021. That’s an additional 12,000 new stores globally elevating the Starbucks Experience around the world. Complementing the “third place” Starbucks Experience customers know and love will be a new, premium retail platform centered around the companies rare, small-lot Reserve coffee. In addition to ongoing expansion of their Reserve Roasteries, as announced during Starbucks recent biennial Investor Conference, some of these customer experiences will be Reserve stores. Reserve® stores are a new retail format that will integrate the immersive, educational aspects of the Roastery with fresh baking onsite by the artisanal Italian food purveyor, Princi. Aspects of the Reserve Roastery and Reserve stores will also be extended into Starbucks broader retail footprint with the inclusion of Starbucks Reserve experience bars in up to 20 percent of its total portfolio.

The Starbucks Reserve® Roastery in Seattle has always been about immersing customers in the craft of coffee. From roasting to brewing, some of the rarest, limited-availability coffees in the world take center stage there. In June, the Reserve coffees did a bit of immersing in the form of an Affogato lineup of beverages as part of the Roastery’s cold coffee menu. The simplicity of pouring hot espresso over cold ice cream not only offers a rich creaminess at first taste, but exposes the nuanced flavors unique to each espresso. In addition to the featured Affogato beverage, the cold bar menu expanded to offer a Reserve Cold Brew Float and a Malted Milkshake.

4. Teavana Around the World

Teavana’s hot and iced teas are now available at participating Starbucks stores globally – from a Citrus Mint Green Tea Latte with Matcha in Europe to the Black Tea with Ruby Grapefruit and Honey in China and an Iced Strawberry Green Tea Lemonade in Mexico. Teavana hot-brewed tea launched in Starbucks Europe, Middle East and Africa region and China/Asia Pacific region in the fall, preceded by a July debut in Latin America. There’s much more to come from Teavana. During its 2016 Investor Conference, Starbucks announced new products showing up in the grocery aisles during the spring of 2017 will include Bottled Starbucks® Cold Brew Cocoa and Honey with Cream in select markets in the U.S., and ready-to-drink Teavana® Craft Iced Teas in partnership with Anheuser-Busch.

6. Starbucks Mobile App Gets Even Better

With an April launch of Starbucks Rewards™, the company unveiled a sleekly redesigned mobile app for iOS and Android customers. Additional updates offer customers an even more personalized experience through Starbucks Mobile Order & Pay, adding new time-saving features enabling customers to save their favorite orders and favorite store location. Global market expansion continued for the Starbucks App, which launched in China, Japan and Indonesia in 2016. And at its Investor Conference, Starbucks unveiled an innovative conversation ordering system, called My Starbucks Barista, powered by groundbreaking Artificial Intelligence (AI) for the Starbucks Mobile App. Customers will be able to place their orders via voice command or messaging interface. The AI feature will roll out first on iOS in limited beta in early 2017 and be made available to more iOS and Android users in subsequent releases.

When Livio Bisterzo and his team set out to make a “better for you” snack, they pushed the boundaries as far as they could. What resulted is a new product called Hippeas – organic chickpea puffs that are gluten-free, vegan, kosher, 100 calories per pack, 3 grams of protein and a good source of fiber. Hippeas recently became the latest product to join Starbucks assortment of grab-and-go snacks available in more than 7,500 Starbucks locations across the U.S. Starbucks Retail Branded Partnerships seeks out small, local companies with innovative products and brings them to Starbucks stores. The company has launched more than 15 small brands in select stores in the past year. Some of the food options are offered regionally. Others, like Bantam Bagels are carried in Starbucks stores across the U.S.

One of customers’ most-requested items arrived in U.S. Starbucks stores this fall. Almondmilk, a non-dairy alternative, in addition to soymilk and coconut milk became available for use in Starbucks handcrafted beverages, including hot or iced drinks and Frappuccino® blended beverages. Starbucks introduced its first nondairy milk alternative in 2004 with the launch of soy milk, followed by coconut milk in February 2015. This summer, Starbucks introduced the Iced Coconut Milk Mocha Macchiato, the first espresso beverage recipe to use coconut milk. Starbucks also saw a cultural phenomenon with Pink Drink, a customer-driven beverage customization made with Strawberry Acai Refreshers that substitutes water with coconut milk. Pink Drink, the subject of more than 100,000 Instagram posts, inspired several colorful beverage creations.

9. The Perfect Cup of Coffee at Home

St. Helena is one of the world’s most remote destinations, not yet served by commercial flights and a five-day journey by sea from South Africa. Although the tiny island in the South Atlantic covers an area of only 47 square miles, roughly the size of San Francisco, it is the source of some of the world’s most extraordinary coffee, a rare arabica varietal called green-tipped bourbon. The first 25-pound allotment of Starbucks Reserve® St. Helena was set aside for Roastery customers, selling out in four days. Starbucks Reserve Coffee takes center stage through new store experiences inspired by the Seattle Roastery. Tailored for customers in each unique market, Starbucks plans to open up to 1,000 Starbucks stores with a Reserve coffee bar experience by the end of 2017. Twelve exist today, located in New York, Chicago, Atlanta, Baltimore and Boston. In addition to the siphon or Black Eagle, these locations will include the company’s full menu, including the recent rollout of Nitro Cold Brew taps. 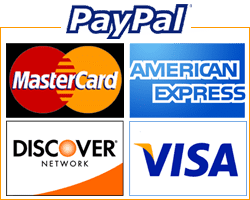